The sculptor Anthony Padgett attended a WPAG Reception at the Chairman’s home on Friday evening 29th June 2018, attended by invited members of the WPAG Committee, Welwyn Parish Council, and other local organisations and dignitaries who had shown a close interest and support for the project to install the Van Gogh Statue in the village.

He was welcomed by Carl Storer, WPAG Chairman, who  proudly explained the vital role played by the WPAG which had led to the successful formal acceptance by the Welwyn Parish Council.. 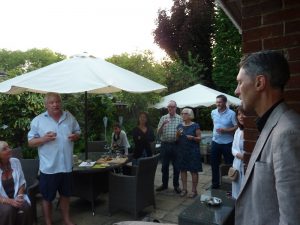 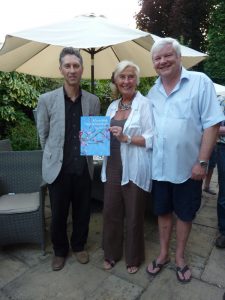 Anthony acknowledged the involvement of the WPAG Project Manager, Sandra Kyriakides in making this happen and, as a show of his thanks, he presented her with a signed copy of his book ‘A Year with Vincent Van Gogh‘.

She was accorded a formal welcome by Councillor Bill Morris, Chairman of Welwyn Parish Council. On behalf of Welwyn residents, Cllr Morris acknowledged the great good fortune offered to the village by Anthony Padgett’s most generous donation of the Van Gogh sculpture, which is in fact the first of his busts to be displayed in England.

Anthony reminded us that Vincent Van Gogh had walked 100 miles to visit his sister, Anna, who was a teacher at Miss Applegarth’s School in Forge Lane, and pondered the thought that Vincent might have bathed his tired feet in the Mimram at the very spot where we have now erected his statue. 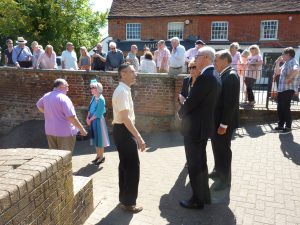 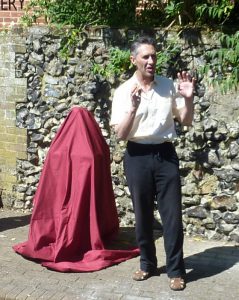 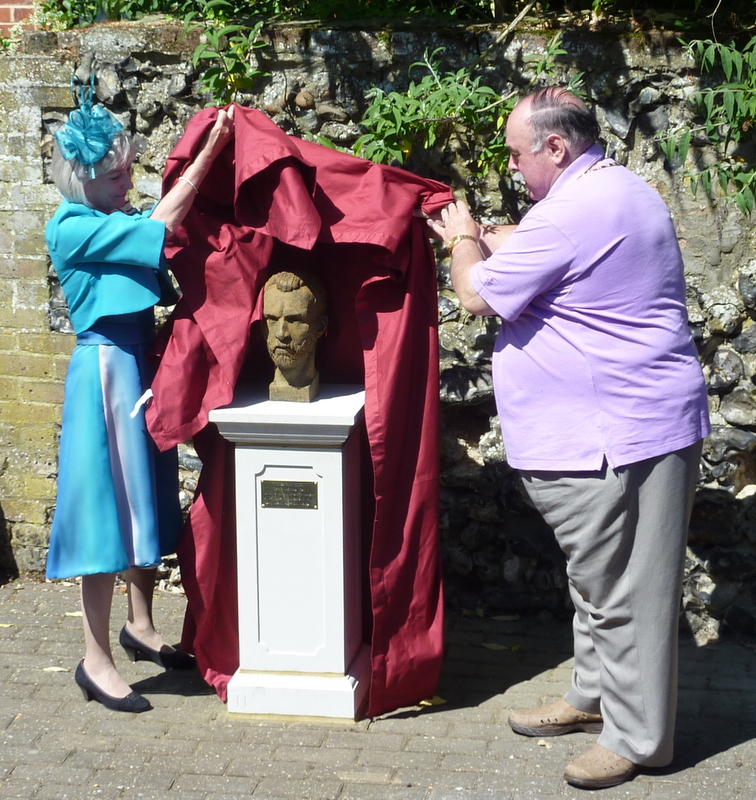 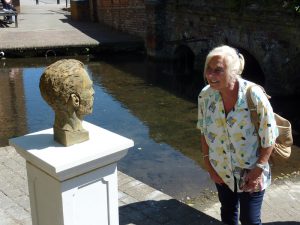