Friends of Danesbury and The Queen Victoria Memorial Hospital

The Friends of Danesbury was originally formed over 50 years ago to support what was then a residential home for those needing long term care. 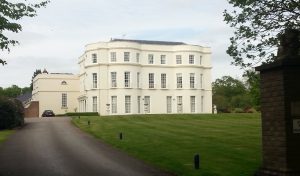 In 1993, a new hospital was needed to replace the original Danesbury Home. Over the years the original building in Welwyn had become increasingly inadequate and the Friends stepped in offering to raise money for a new, purpose-built hospital. The resulting Danesbury Appeal secured almost £1 million to go towards the cost of the work.

In 2001 the scope of the charity was enlarged to include providing funds to the Queen Victoria Memorial Hospital (QVM) which shares the same site. Now Danesbury Neurological Centre and Queen Victoria Memorial Hospital provide some of the best care in the country for patients who may have a variety of neurological conditions such as Stroke, MS, Parkinson’s disease, Motor Neurone disease or, in the case of QVM, who simply need rehabilitation following a stay in an acute hospital. The Friends provide funding for vital equipment and a range of ‘extras’ which in today’s economic climate would otherwise simply not be available. 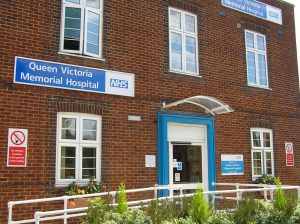 In 2010 the Friends of Danesbury and the Queen Victoria Memorial Hospital celebrated the opening of a new Day Room at the Danesbury Neurological Centre. At a cost of around £190,000 this major project was funded entirely by donations and money raised by our shop sales.  This facility provides a purpose-built communal space for the benefit of patients, their visitors and the staff. Some of our patients are with us for some time and they have a delightful place to pass the day between treatments.  The Occupational Therapists also use the room for games activity.

The money for all this work comes from Welwyn shop sales and donations. We rely entirely on donated goods including clothes for both every day and special occasions, children’s toys, bric-a-brac and antiques, books, furniture, pictures and jewellery. At Christmas time paintings by the patients are turned into Christmas cards. Apart from the Managers, the shop is staffed entirely by volunteers some whom have been actively involved since it first opened.

So far in 2018 we have funded therapy equipment for both Danesbury and QVM, new furniture for patients at Danesbury, sound equipment for both OT units, cooling fans for QVM, and microwaves for both patient and staff use. We have bought plants for the gardens and paid the gardeners. Also daily papers, regular fish & chip suppers and birthday cakes for in-patients.

1984    new Physiotherapy Dept at QVM opened by the Queen Mother